Cambodian prime minister Hun Sen denied on Tuesday that 20 small and little-known political parties registered to compete in July 29 national elections were created by his ruling Cambodian People’s Party (CPP) to provide an illusion of political opposition in the coming polls.

Speaking at a commencement ceremony at the Diamond Island Convention Center in the capital Phnom Penh, the Cambodian prime minister said that the parties’ listing on the ballot show that Cambodia has a functioning democracy.

Twenty political parties will take part in this election, said Hun Sen, who has ruled Cambodia as prime minister and CPP party head for over 30 years.

Some individuals consider that these parties are merely my own creations, and they look down on them, even daring to call them ‘evil’ and saying that they consist only of their own leaders or are ‘firefly’ parties [appearing only during the election season], Hun Sen said.

We must continue our efforts to protect the peace [in Cambodia] and to ensure the existence of our multiparty, pluralistic democracy, he said.

One party not appearing on the ballot is the Cambodia National Rescue Party (CNRP), which was dissolved by Cambodia’s Supreme Court last year following charges it was trying to topple the government and is widely regarded as the only viable opposition to Hun Sen’s rule.

Former CNRP President Sam Rainsy, who is living in self-imposed exile to avoid convictions widely seen as politically motivated, and other party leaders have called on supporters to steer clear of the polls on July 29 to avoid legitimizing the election.

Meanwhile, Cambodia’s defense minister and at least three senior military commanders have announced they will temporarily leave their posts to stand for election as CPP lawmakers in the national election in July, prompting accusations of political partisanship in the supposedly neutral national army.

Tea Banh, Deputy Prime Minister and Minister of Defense, will run as a candidate for the constituency of Siem Reap, while army generals Pol Saroeun, Kun Kim, and Meas Sophea will run as candidates in the constituencies of Preah Sihanouk, Oddar Meanchey, and Preah Vihear, respectively.

Speaking to RFA’s Khmer Service, Korn Savang�senior election observer for Cambodia’s Committee for Free and Fair Elections (COMFREL)�said that the military leaders’ sudden turn from a position of official neutrality to open political involvement with the ruling party points to a conflict of interest.

Like it or not, this may mean they will now consider the political benefit of their party over anything else, Korn Savang said.

Such a thing cannot be avoided, since they will be serving as political figures [while still having ties to] the national defense department, the police, and the armed forces, he said. 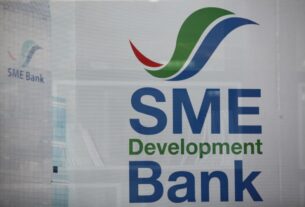