On the margins of the United Nations General Assembly in New York, the European Union and the United Nations hosted a high level event on the EU-UN Spotlight Initiative inviting all countries, leaders, civil society representatives and local ambassadors to join the movement and take action to end violence against women and girls.

Commissioner for International Cooperation and Development Neven Mimica added: Over the last two years Spotlight has become a genuine movement. Thanks to the many survivors, activists, advocates, government and community leaders who have joined the initiative we are pushing ahead to end gender-based violence in all its forms. And to make sure that every woman and every girl, everywhere, is safe and free to realise her full potential.

Deputy Secretary-General, Amina Mohammed said: The Spotlight Initiative in partnership with national governments will also be introducing new country programmes for Afghanistan, Belize, Grenada, Guyana, Haiti, Jamaica, Kyrgyzstan, Papua New Guinea, Samoa, Tajikistan, Timor-Leste and Vanuatu in 2020. With our expanded global footprint, we can scale-up our collective efforts on violence prevention, protection and the provision of high-quality services, alongside broader efforts to ensure women’s economic empowerment and participation in all aspects of society.

Two years after its launch, the Spotlight Initiative’s activities are spanning the entire globe thanks to the EU’s and UN’s engagement, and the support of partner governments and civil society at all levels. 13 countries have already started implementing Spotlight programmes, and around 2/3 of the European Union’s initial seed funding of Euros 500 million have already been allocated.

In Africa, Spotlight aims to eliminate sexual and gender-based violence, including harmful practices. The programme worth Euros 250 million is under implementation across Liberia, Malawi, Mali Mozambique, Niger, Nigeria, Uganda and Zimbabwe. It will also include a regional component to scale up existing initiatives on fighting female genital mutilation and child marriage and joint activities with the Africa Union.

In Asia, the Spotlight Initiative is focussing on ending female trafficking and labour exploitation. The “Safe and Fair” programme, worth Euros 25 million and implemented through the International Labour Organization and UN Women, aims at ensuring that labour migration is safe and fair for all women in the ASEAN region. It focusses on countries of origin Cambodia, Indonesia, Lao PDR, Myanmar, Philippines, Vietnam and countries of destination Brunei Darussalam, Malaysia, Singapore and Thailand.

The Pacific regional Spotlight programme was launched last March with a budget of Euros 50 million and focuses on ending domestic violence in the region.

This will be followed by actions to tackle family violence in the Caribbean region, supported by an envelope of Euros 50 million; the countries selected are Haiti, Jamaica, Grenada, Belize, Guyana, and Trinidad and Tobago. 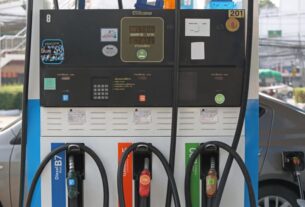