Thailand’s opposition Pheu Thai Party has challenged the decision, of the parliament president’s legal advisory committee, rejecting the party’s draft charter amendment on the grounds that it contravenes a Constitutional Court ruling.

Mr. Chusak Sirinil, chief legal advisor of Pheu Thai Party, said today that the legal advisory committee used only some parts of the Constitutional Court’s ruling as the basis for rejecting the opposition party’s draft amendment, which seeks to amend Section 256 of the current Constitution to establish a Constitution Drafting Assembly (CDA) to draft a new charter, without touching provisions regarding the monarchy and the state of Thailand.

Chusak also said that the Constitutional Court’s ruling is vague on whether writing a new constitution can or cannot be done.

As for the national referendum, he said that the process could be done only with the consent of the cabinet or approval from parliament, adding that approval by the people for the drafting of a new charter, by means of a national referendum, does not necessarily mean that the current charter will be invalidated automatically.

After approval via a national referendum, Mr. Chusak said that the process of drafting a new charter will begin with amending Section 256, to establish the CDA.

Branding the current charter as the source of Thailand’s political problems, Mr. Chusak called on all parties to allow a new constitution to be crafted, to enable real political and national reforms. 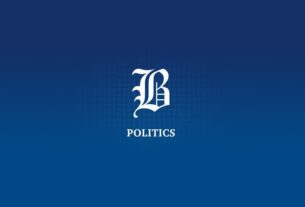