The Lao-China railway project is now more than 90 percent complete, but around 500 families affected by the construction in Laos’ northwestern Oudomxay province still lack adequate shelter and access to clean water, sources in the country told RFA.

Once complete, the 257-mile (414 kilometer) Lao-China railway will run from the Chinese border to the capital Vientiane near the border with Thailand.

According to data from the Lao Ministry of Public Works and Transports, about 4,400 families have been affected by the Lao-China Railway. More than 30 percent of the railway traverses Oudomxay in Nga, Namore, and Xay districts.

Developers owe 500 families compensation for damaging irrigation and clean water systems and have yet to build permanent houses for those displaced.

“The company dug tunnels and blocked streams to drain water to the Mekong River, so now we have a water shortage,” a resident of the district’s Lath Hane village told RFA’s Lao Service.

“Another thing is, the company dumps its waste, stones, soil and unwanted materials, and this ends up blocking village irrigation tunnels,” said the villager, who requested anonymity to speak freely.

An official of Nga district’s Department of Public Works and Transport said the developer had already dealt with both issues.

“The village irrigation tunnels were damaged due to construction, but now the company in charge of the construction has already fixed them. The railway project also fixed the village’s clean water system,” the official said.

A progress report published by Oudomxay province in October said that no water was stored in the village’s clean water system because of the tunnel. Officials from Nga district verified the damage and urged the developer to fix the problem, but the issues were not yet addressed at the time of the report.

Villagers also complained that the company discarded construction waste on their land.

“The railway project makes paths on villagers’ lands to access their construction site, causing damage to the land. Sometimes the project dumps unwanted stones on the land and it cannot be rehabilitated to its former condition,” a resident of Nga district told RFA.

“They have not compensated us for the damage to the land,” the resident said.

The project has agreed to compensate villagers for the loss of trees on their land when they are felled to provide access to the construction area.

According to the district official, more than 50 percent, or about 14 billion kip (U.S. $1.5 million) of the compensation has been paid to those affected.

“Compensation is first paid to those who lost their property to the railway,” the official said, referring to those properties within 15 meters (50 feet) of the tracks.

The official said that the district proposed to the government that other affected properties 16 meters (52 feet) or farther from the tracks should be compensated later.

The railway project affects 17 villages in Nga district. Exactly 286 families have been paid compensation, while 308 families are waiting for payments.

Meanwhile in Namore district, many families are waiting on new houses they were promised.

A resident of the district told RFA that the company had offered the residents monetary compensation, but many refused in favor of new houses.

“My father-in-law who lost his house needs the project to build him a new house because their offer for the loss of his house was too low. But the new house hasn’t been built yet,” the Namore resident said.

It’s hard for villagers to find a place to build new houses, so we have to buy land in more expensive areas,” the resident said.

Another resident of Namore, a rubber plantation owner, told RFA that the compensation was lower than the market value of the land.

“A part of my plantation will be covered by the railway, but they only offered me 9,000 kip per square meter when the going rate is 30,000.”

An official of Oudomxay province assigned to the railway project confirmed to RFA that many families have yet to see any compensation. The official requested anonymity for security reasons.

In Xay district, the report said irrigation tunnels for 28 families in four villages were damaged, and they were unable to grow crops since 2017. Additionally, three villages have been cut off from clean water, and the developer has not yet fixed the problem.

The railway is being touted as a boon for the impoverished nation of nearly 7 million people because it is expected to lower the cost of exports and consumer goods while boosting socioeconomic development.

The $6 billion project is due for completion in December 2021 and is part of Chinese President Xi Jinping’s massive Belt and Road Initiative of infrastructure to support trade with China. 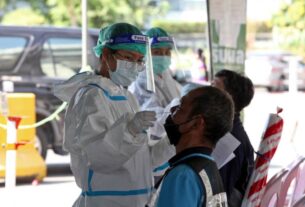 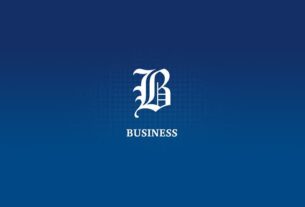