Phuket’s provincial governor and health officials are sounding the alarm, saying that the COVID-19 pandemic on the popular resort island is approaching a critical level, with all the hospitals beds now 80% occupied and those remaining likely to be filled soon, with new infections averaging over 200 a day.

Dr. Kusak reportedly told the meeting that COVID-19 infections in the province show no sign of abating, with about 200 new infections being reported on daily basis, as a result of active screening with rapid antigen test kits (ATKs).

He said that Zone 5 of the provincial prison, where there is limited movement of prisoners, has been sealed after 199 inmates were found to be infected, adding that the Thai Mai community, in Koh Kaew sub-district, was locked down yesterday for 14 days after 144 people living there tested positive for the virus.

However, Dr. Kusak said that about 85% of the cases are asymptomatic, 12% have mild or moderate symptoms and the rest are severe cases, with a 0.4% fatality rate.

In order to cope with the potential shortage of hospital beds, the meeting agreed that asymptomatic patients should be treated in home isolation, under the care of health and local officials, so there is space in hospitals to accommodate those who need urgent treatment.

On July 1st, under the “Phuket Sandbox” program, the island opened its doors to foreign arrivals who meet the standard requirements, including being fully inoculated and screened within 72 hours prior to arrival. The program has also seen many locals, as well as foreign migrant workers, return to the province to seek jobs in tourism-related businesses. 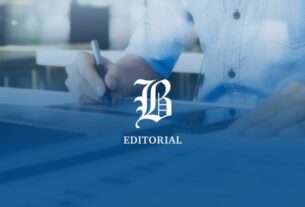 Rally at US Embassy against alleged US interference in Thai politics